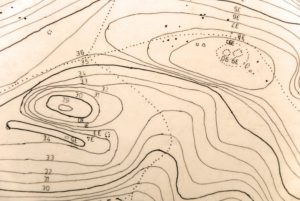 I’m thinking back fifty years to a course in descriptive linguistics, taught by the eminent William G. Moulton.  The adjective meant that, in characterizing a language, you don’t set up as a critic―you just describe what is.  The way people talk is the way people talk.  If someone wants to say “it seems to Sue and I,” instead of “Sue and me,” you don’t wince.  You make a note and observe that this is the way usage seems to be going.

I am a critic, of course.  But what if I applied a purely descriptive eye to the flood of writing that carries the label “poetry” today?  Instead of concentrating on the precious exceptions, how about looking at the norm—not the peaks, but the plains from which they rise?

My sample, of course, is limited: a handful of mags I follow; a few thousand manuscripts submitted yearly to one little periodical, Blue Unicorn; the occasional binge-reading of a poet who catches my eye.  But maybe it’s a start.

To my eyes, the world of poetry-as-she-is-wrote-right-now has a definite geography.

By far the biggest terrain is, simply, prose.  I don’t know how many times, listening to the car radio, I’ve heard a mildly charming anecdote or essay, only to be informed at the close that this was a poem.  Such pieces may have a few metaphors or other linguistic twists along the way, just as much good prose does; they may unfold a little unpredictably; or they may lack any distinction at all.  In judging a printed poem, I sometimes give it the radio treatment:  I remove line breaks and other traditional signals of verse and see just what remains.

Another large country is the Formalist one.  After a mid twentieth century eclipse, rhyme and meter and other useful patternings came back, a good thing.  Reading the new formalists, however, tends to make me appreciate the old ones more.  Too often now the words are wrenched into sonnet form, for instance, with evidence of strain.  Often, too, the words thus treated are banal.  A neatly filled form is a pleasure, but it can’t do all the work.

Overlapping these domains is the zone of sentimentality, the too-sweet, the too-easy, the obviously edifying. Greeting card stuff.  This used to be confined more or less to the amateur mags, but it has lately found a frequent home in our flagship journal, Poetry.  The same goes for verse that expresses political and cultural concerns of the day too baldly.  One may nod in agreement (or not); but that is a kind of counterfeit of being moved.

Objection: You’re not saying that all bad poetry tends to the obvious?  No indeed.  I read plenty of puzzling poems I don’t like.  Some speak to the intellect only; others can be traced back to the old Surrealists, who sought to banish conscious control and put together the most outlandish word combinations.  More about this other hemisphere of the poetry-scape another time.