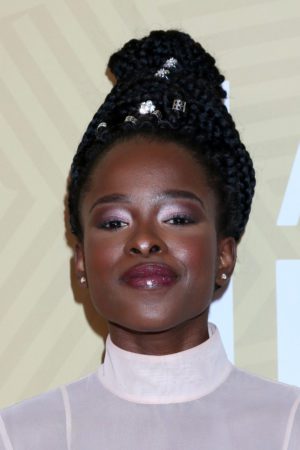 I am glad that somebody with a platform has finally ventured a criticism of Amanda Gorman’s oration at Joe Biden’s inauguration, presented as a poem and rapturously received. It’s about time that this heartfelt effort by an impressive young woman was taken seriously enough to be questioned on its merits. But I am sad about where the critique has appeared, and where it has not.

The excellent William Logan, not surprisingly, was the one to take on The Hill We Climb. After acknowledging that any inaugural poet has an almost impossible task, he pulls no punches: “Her poem was a sorry affair, composed of stock metaphors and dreary banalities . . . ”  I reluctantly agree.  I have heard similar reactions many times in private, but this is the first public statement of them that I have seen.

A healthy debate should ensue. Outrage in some quarters. But so far there’s no sign of it. The trouble is that Logan’s piece, part of a review of several books, appeared in The New Criterion, a distinctly right-wing journal easily overlooked or discounted by those not at home in that part of the current political spectrum.

Founded in 1982 by New York Times art critic Hilton Kramer, The New Criterion exhibits a split personality. It pairs valuable, subtle critical responses to the arts with harangues on the wider political and social scene; the latter assume the reader’s agreement and argue mainly through scorn. The serious pieces are the bait that makes me subscribe; I skim the rest, looking for a genuinely stimulating challenge to my own views. For, politically, I am more in tune with Amanda Gorman than I am with the Criterion editors in their combat mode.

But why should criticism be sectioned off in this way? Why no debate about Gorman’s work and its reception in, say, in The New York Review of Books? Are we so imprisoned by our politics that only an almost fringe publication will carry a negative assessment of a newsworthy piece of work?

As a liberal and environmentalist, I’m distressed to note that my political tribe has an awful weakness for weak poetry—or at least an ingrained habit of judging art of all kinds by content, origin, and social utility, not by style.

Poets come in all political shades. Strong political poetry has been written, though it is tricky to pull off. But poetry should not—it simply does not—belong to any side in the ongoing culture wars.

PS. At least one more voice, distinctly not a right-wing one, has been raised in gentle dissent about the choice of Amanda Gorman as inaugural poet. Ishmael Reed, the renowned Black satirist, thinks a more seasoned Black literary figure ought to have had that honor.