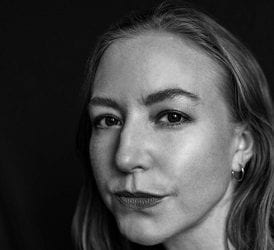 Poets and their cheerleaders—often other poets—don’t like to admit it, but what we call poetry often makes hard reading, in one of several ways.

Poet and essayist Elisa Gabbert has touched on this fact in the New York Review of Books (March 26, 2020). In a piece titled “New Theories of Boredom”—billed as a poem, which it certainly is not—she makes some shrewd remarks.

She goes on, “You could also call “boring because complex” interesting boring (boring in an interesting way) or slow-interesting (interesting, but at a pace that sometimes resembles boredom).”

She concludes, “To state the obvious, all good poetry is slow-interesting.”

Is this true? Surely not quite. There is such a thing as a poem that speaks to the reader instantly and continues to speak for years, decades—sometimes centuries—after.

But there are many also that appeal once and then are through with you; and there are many that take some time to make their case—but then stick with you forever.

William Wordsworth and Samuel Taylor Coleridge had this argument two hundred years ago and more. Wordsworth wrote in his Preface to the Lyrical Ballads of 1798: “The Poet writes under one restriction only, namely, the necessity of giving immediate pleasure to a human Being . . . .”

Coleridge wasn’t so sure about that word “immediate.” In his brilliant if rambling Biographia Literaria, he declares that it is “not the poem which we have read, but that to which we return, with the greatest pleasure, [that] possesses the genuine power, and claims the name of essential poetry . . .”

The first half of the twentieth century in poetry tended to follow Coleridge, producing a lot of “slow-interesting” poems. Lawrence Hart’s “Activist” poets worked on similar lines. Poets who studied with him, and later with me, have developed many styles, but certainly these, when successful, also tend toward the “slow-interesting.”

One widespread attitude in the current poetry world is dislike of the “slow-interesting.” Many reviewers—and editors—feel that to pose any obstacle to immediate understanding is to show off, to demonstrate contempt for the reader. And many poets whose gift tends to lead them off the accessible track don’t dare to diverge too far, for fear of being judged “obscure.”

One very eminent poet and teacher, criticizing a student writer for pretentiousness, barked: “I heard better language coming over on the bus this morning.” I find this unlikely. “Boring because simple” would cover a lot of the language heard on the typical bus.